Volleyball is a fall sport where I grew up so that means before school started for 2 weeks we had practice twice a day, two and a half hours each time. I loved morning practices, we actually got to touch the volleyball, we learned basics, we drilled skills, plays, and learned to play as a team. 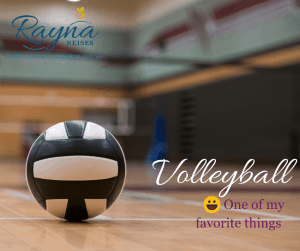 The second two and a half hours of the day were in the heat of the afternoon and it was nothing but conditioning. We didn’t see a ball the entire afternoon. We ran stairs, we did sit-ups and push-ups, we jumped rope and we even did Jane Fonda’s workout. The true torture was the sprints!

Coach Schuler became one of the people whose influence significantly impacted my life. She was the person in charge of our afternoon conditioning. She knew how to push and motivate me beyond anything I could imagine I was capable of.

She ran us so hard there were people that were throwing up. Even that was not a reason to quit, they had to be back to the line by the next set of sprints ready to start or we all had to run more. She timed us every day and challenged us to run faster than we did the day before.

There were many times that I thought there is no way I can keep going. Coach would say hit the line, ready set go and I would do it.

By spending time under Schuler, I learned that I really didn’t know the limits of my physical body. She knew I could do more than I ever dreamed I could.

Learning to understand that I am capable of so much more than I think I am has made a big impact in my life!

But I have found that God knows what I can handle even when I think I can’t!

Trusting Schuler to push me physically beyond what my brain thought I could do helped to build a foundation of understanding that I do not know my limits.  Not to mention I can trust God to push me beyond where I think I can go. Because He knows me even more than Coach did. He created me.

When I am trusting Him I know I can do all things! I trust Him and I praise Him, even in the middle of times where I don’t think there’s any way I can do what he’s asking me to do.

Have you experienced a time where you were able to do more than you ever thought you could? How has that helped to grow your Faith in the Lord?