Fall, the time of year where the weather gets cooler and the leaves change colors before dropping off the trees (at least in my part of the country).  I love to see the beautiful colors but what comes next was always something I didn’t look forward to until I became one of Dad’s caregivers.

My dad was a neat freak.  Does your parent share this character trait with mine?  Even as a young girl I knew my Dad liked things put away in their place but as his Alzheimer’s Disease progress this became even more of a part of his personality. 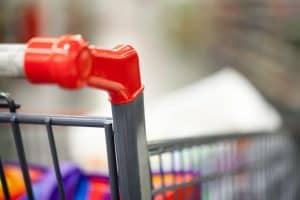 I love to shop at the Dollar Tree except when I took Dad there with me we were there forever!  His need for things to be orderly was always challenged so he needed to pick everything up off the floor and put it where it belonged.  I often teased him that if he wasn’t careful they would put him to work.

In those moments of waiting for Dad to get things picked up in the store, I could grow impatient or I could be his helper.  When I stopped to think about how best to honor him I would offer to find the right place for the items he found or I would join him in the tidying up.

The leaves in Dad’s backyard were one more thing that had to be picked up.  He would spend hours cleaning up the leaves in the beautiful weather of Fall.   He would rake them all up into piles and then we could team up to get the leaves in the bags.  The smile that accompanied his completing the task was well worth the wait/work for me.

During the 4.5 years of caring for Dad his ability to rake the leaves changed without a doubt.  It started with him taking care of the leaves for the entire yard- front and back.  Then we had to put locks on the gates to keep him in the backyard so it wasn’t such a big job.

Later, he was content just worrying about the leaves on the back deck.  In fact, on a nice Fall day, I might scattered the already bagged leaves around the deck again to give him something to do with his time and for him to get the exercise that ensured he would sleep well at night.

Understanding and honoring Dad’s desire for a neat and tidy environment as well as his work ethic was an important way I found to not only make our time together more enjoyable and his life happier but to help me to have no regrets now that he is gone.

In your Season of Caring, how are you honoring your parent by honoring their characteristics?

This site makes use of cookies which may contain tracking information about visitors. By continuing to browse this site you agree to our use of cookies.

By signing up for this free resource you are agreeing to stay in touch with A Season of Caring and receive additional resources & offers.